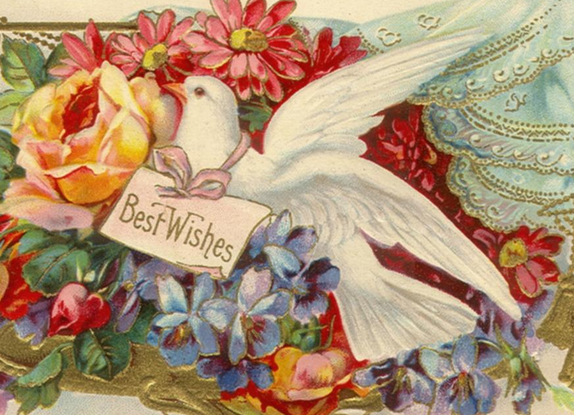 Wishes have always been at at the heart of fairy tales and story telling…they can be the seed that creates a whole new world or, more often, the first creak of discontent that brings on a landslide of disaster!

In her own stories Joan Aiken played with all the classic ideas – the dangerous wishes without forethought, the sometimes ludicrous results of gaily tossed off wishes, the indigestible effects of wishes that can’t be stopped, the wishes that come true in ways you would never have expected…

One of her most long lasting wish-gifts – given to Mrs Armitage, mother of Joan Aiken’s imaginary Armitage Family – was  that she and her family, while living out their traditional ‘Happy Ever After’ in her stories would ‘never, never be bored’.

This wish was to be prophetic also for Joan Aiken who was to go on writing their extraordinary stories throughout her life, with obvious enjoyment and relish.  One of her own last wishes was to have all the Armitage family stories collected together from the many different story books where they had appeared over the years, and which was first published in the US, as The Serial Garden.  This  is the title of one especially memorable story, and also a very Aiken pun describing a garden that grows week by week, which is made from cut-outs found on a packet of breakfast cereal. This last story collection was intended for those readers who had written to her saying that the story was one that would possibly haunt them forever…  The outcome of the original ‘Serial Garden’ story couldn’t be undone, but perhaps because of Joan Aiken’s original promise of a Happy Ever After, there would be a way to change it for the better?

Joan Aiken first started writing about the Armitage Family almost as a joke, a parody of her stepfather Martin Armstrong’s successful Children’s Hour series “Said the Cat to the Dog” which was being broadcast on BBC children’s hour in the 1940’s when she was in her teens.  But to her surprise this imaginary family took her over, and even came to supply a sustaining, alternative world which she returned to over and over again. During one of the bleakest periods of her life when her own future was deeply uncertain, she said that something extraordinary happened to help her through:

“I think my own most creative burst was during a week in April 1954 when I wrote a short story every day, children’s fantasies, some of which I think are among my best work.”

Luckily it was a gift that lasted all her life.

Here is part of the Prelude Joan wrote to go with the Armitage collection, explaining perhaps to herself, or maybe to Mrs Armitage, why the family should be blessed with such good fortune – could it be because, in best Fairy Tale tradition,  they knew when to stop wishing?

Read a Serial Garden story excerpt: The Apple of Trouble

For a Very Happy 82nd Birthday!

5 thoughts on “All Best Wishes…”