It may be the darkest time of year, but we can light the lights, and share good cheer! 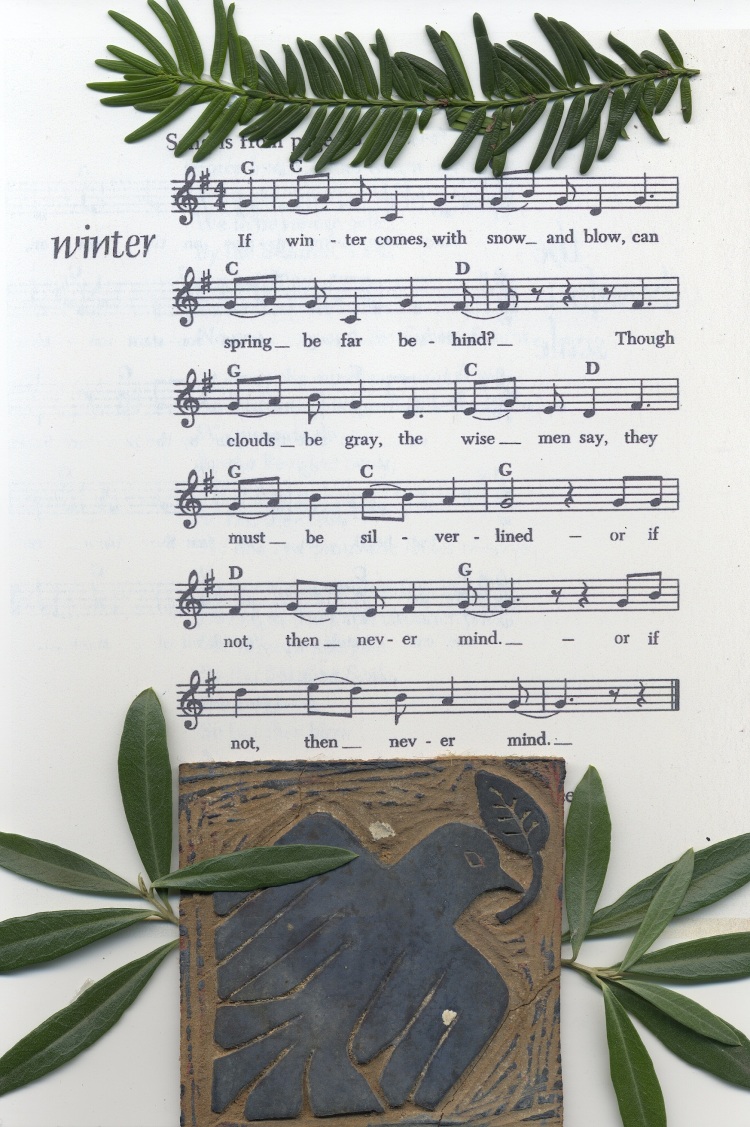 Many Thanks to all who have visited this year ~

And let us all hope for Silver Linings A picture and poem from Joan Aiken’s midwinter garden, with wishes for us all.

May your coming year disclose…answers to mysteries, and more, who knows?

Thank you for visiting, your company is much appreciated, do come back next year! 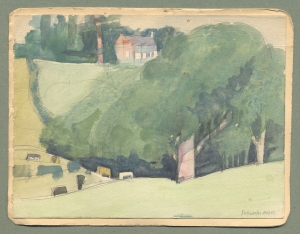 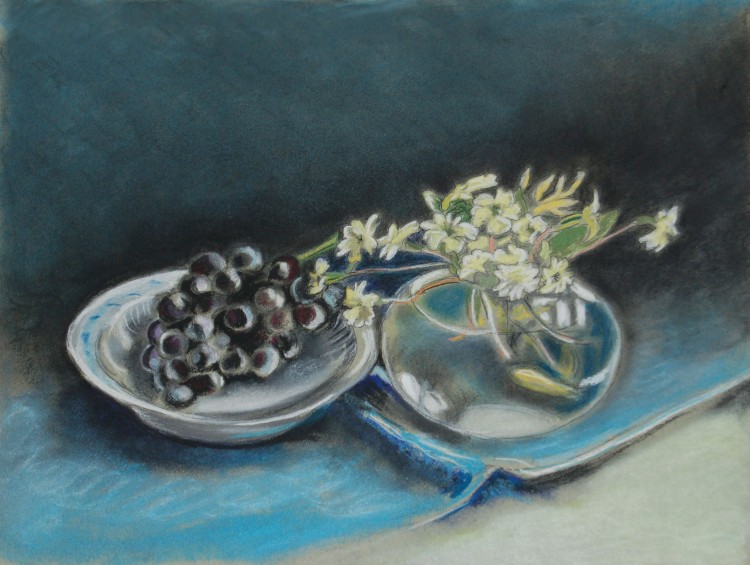 …for light in darkness, and inspiration in simple things 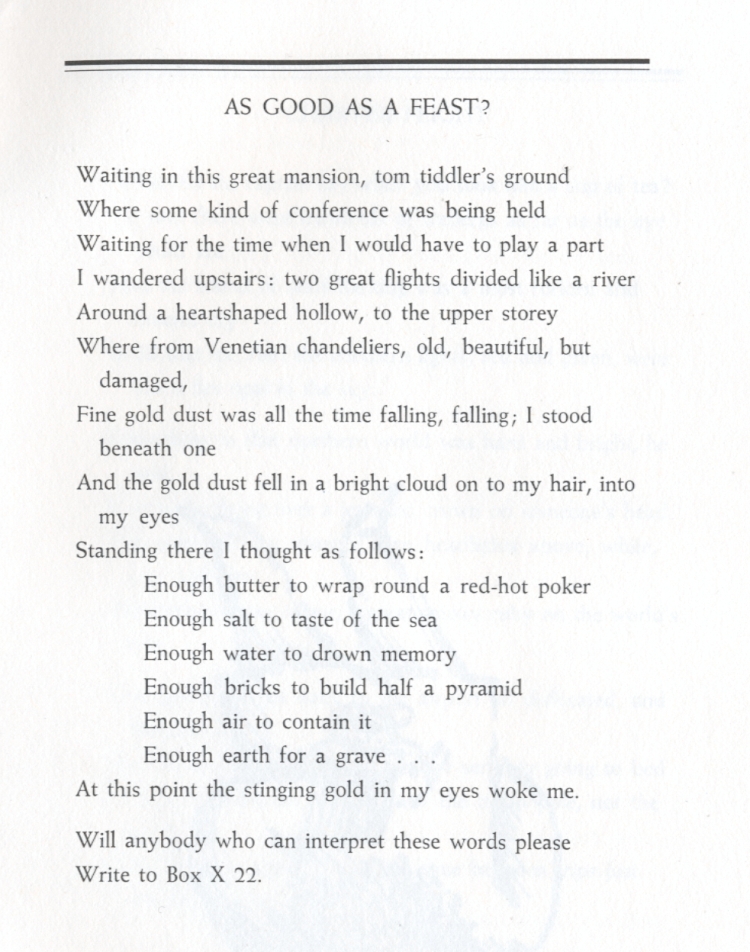 “We’re on Tom Tiddler’s Ground, picking up gold and silver” comes from an old children’s game – they run and help themselves to riches left lying unattended…

more about the book here 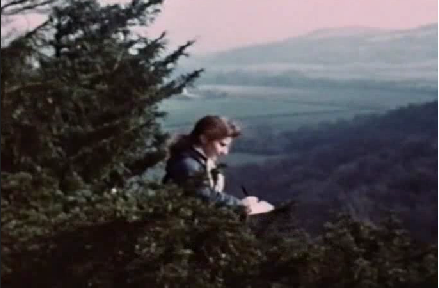 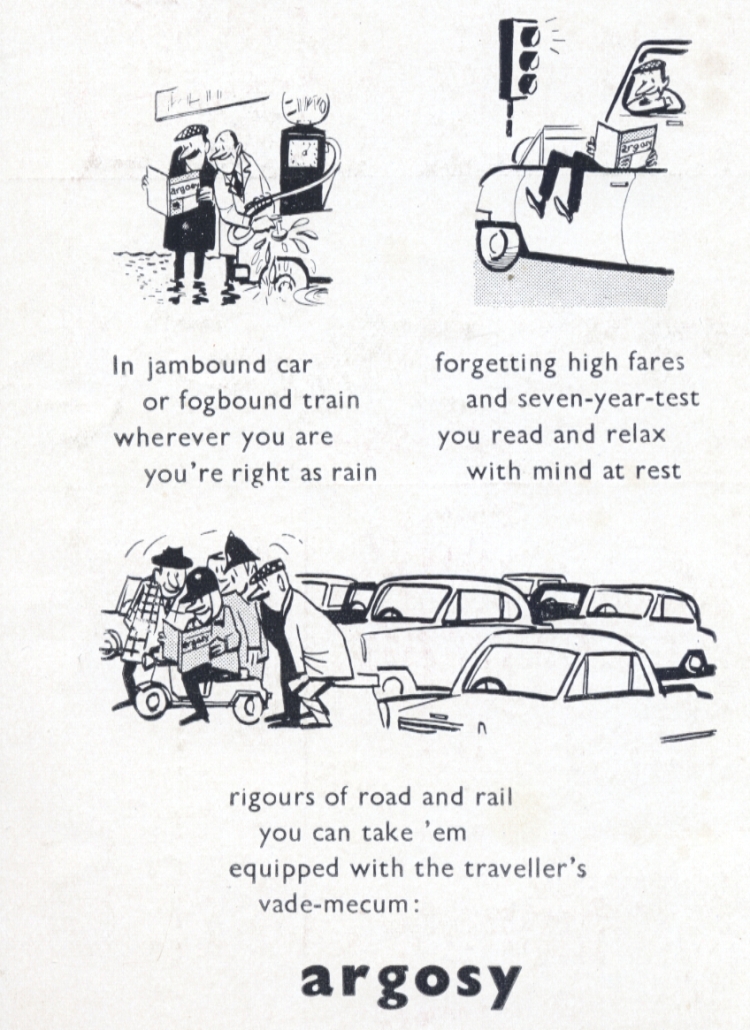 Practical poetry was always an Aiken staple – charms and rhymes, jingles and odes flew from her pen, as here when she was office dogsbody for Argosy magazine and used her skills (under the nom de plume John Silver!) with cartoonist Graham to sell their copies…

Another recently discovered treasure was a letter of complaint to The New Yorker about a gadget purchased from their pages which promised to rid her garden of moles. Sadly the amazingly named ‘GopherIt’ failed to fulfil its promises, and after a few weeks of frustration the only possible riposte was a burst of doggerel… 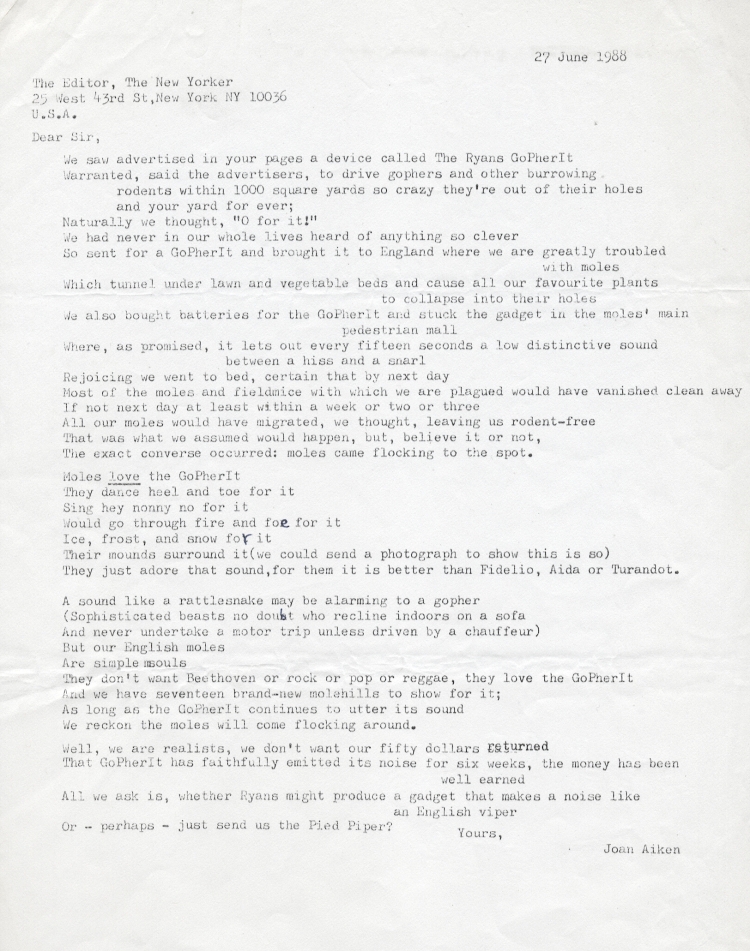 The response from their perfectly prepared personnel (apparently under another nom de plume to protect the personality of the poet?) came from ‘Owen Ketherry’ who handled many of the more tricky correspondents to the journal from the 1980’s on – it is of course an anagram of The New Yorker – invented by a gal after Joan’s own heart, Lindsley Cameron who gleefully fulfilled a similar role to the one Joan held at Argosy. 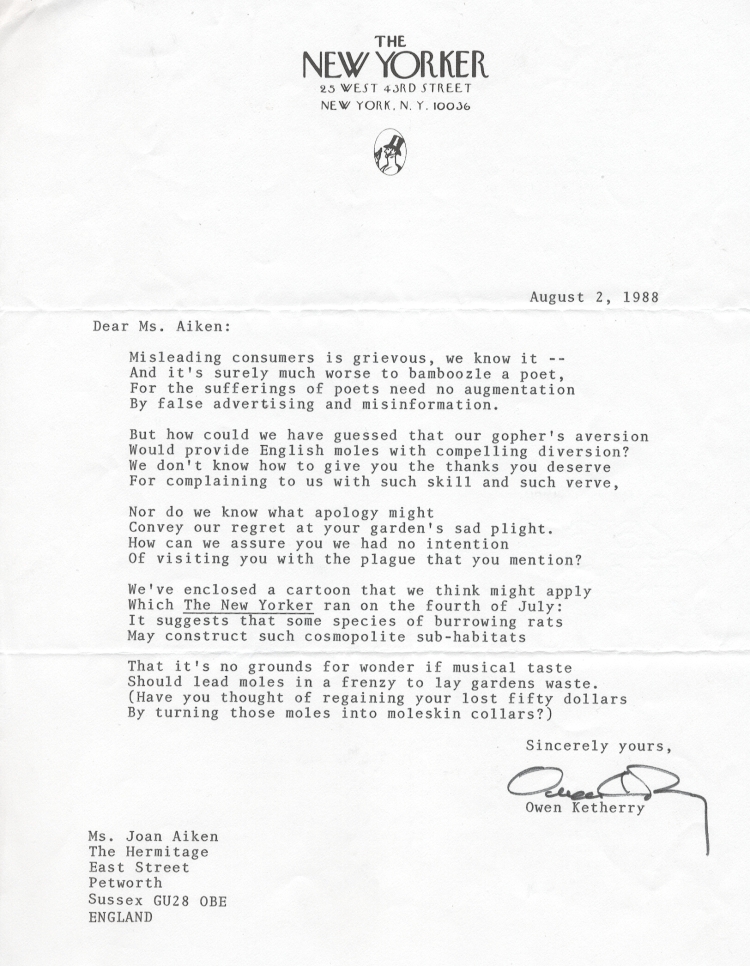 …and here also perfectly preserved  with a rather familiar signature – and gothic reputation – can this be the real Charles Addams? is that actual 4th of July cartoon: 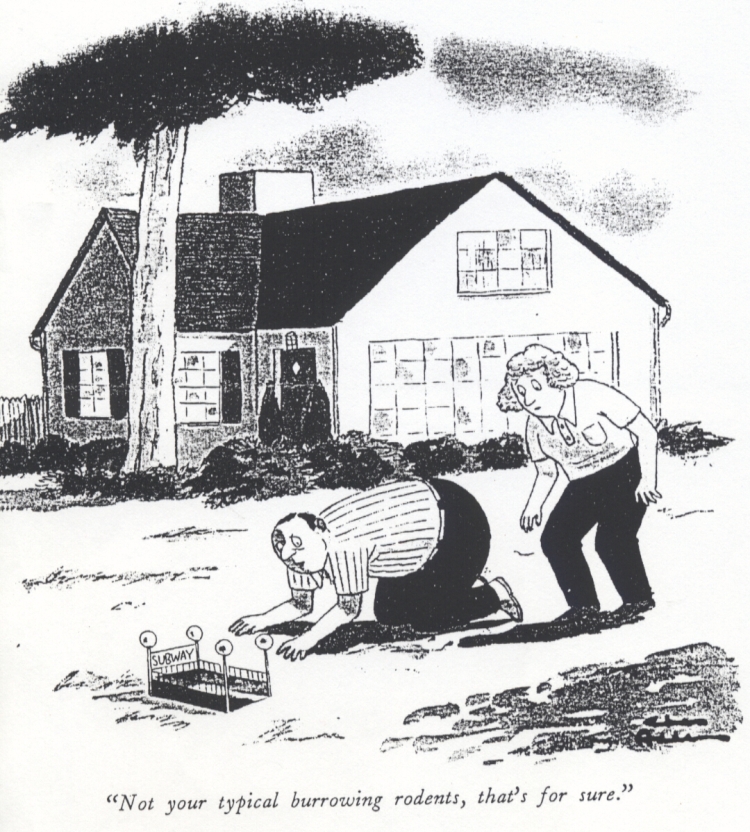 Which all goes to show that anyone is free to celebrate National Poetry Day  – as we are currently doing in the UK today – and also the freedom for all to practise their penchant for poetry – Long Live Poetic Licence! 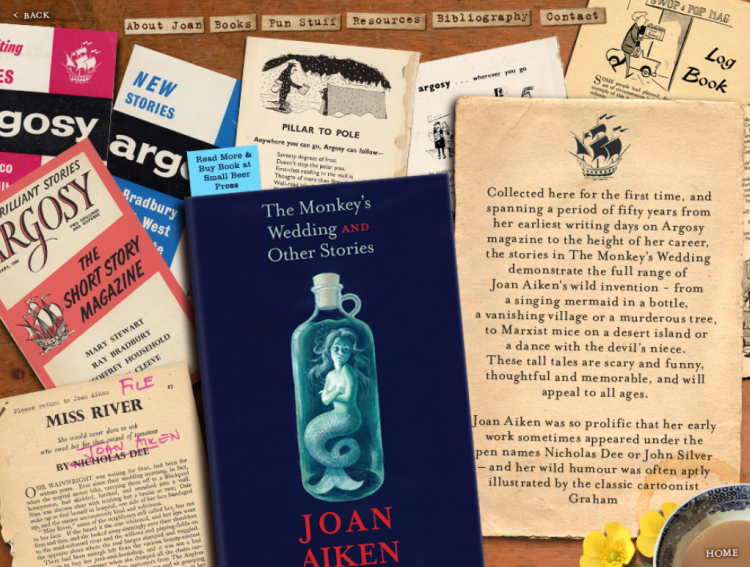 ( and a few mad verses!) can be found in this collection –

The Monkey’s Wedding & Other Stories