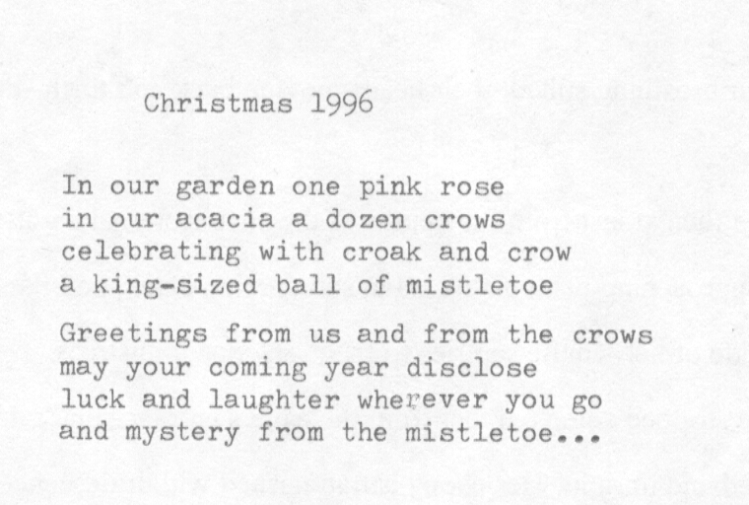 Best wishes, and thanks to all who visit

See you next year! 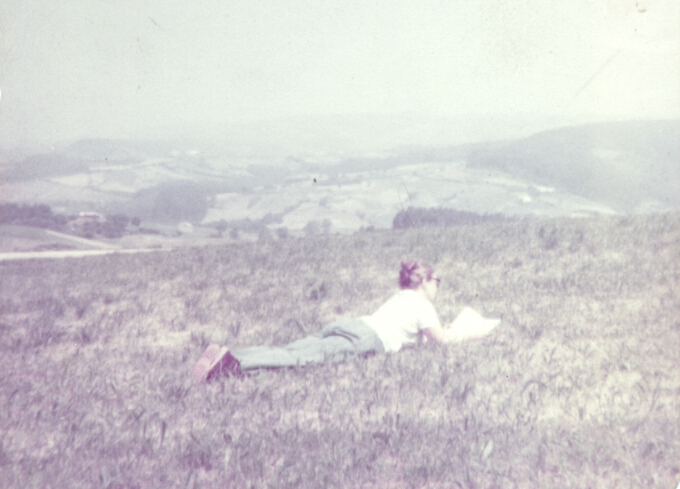 This was Joan’s idea of a Perfect Holiday… what about you? 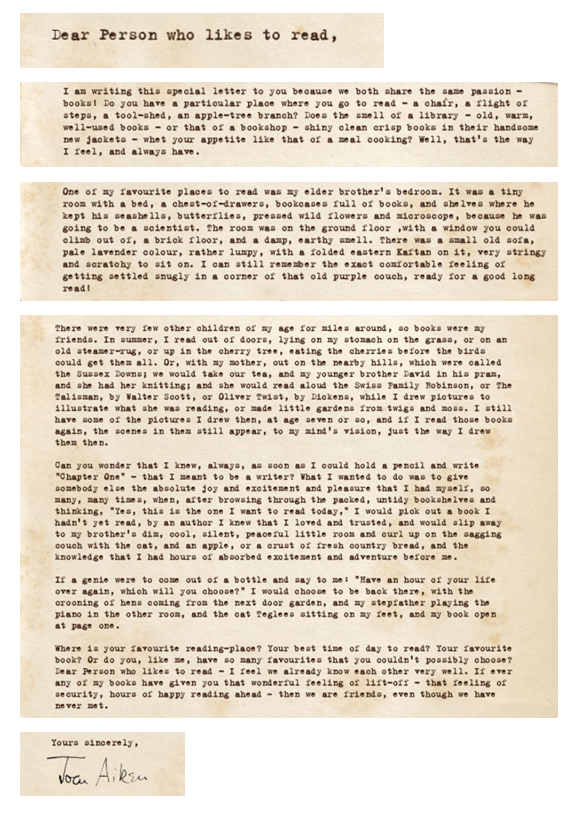 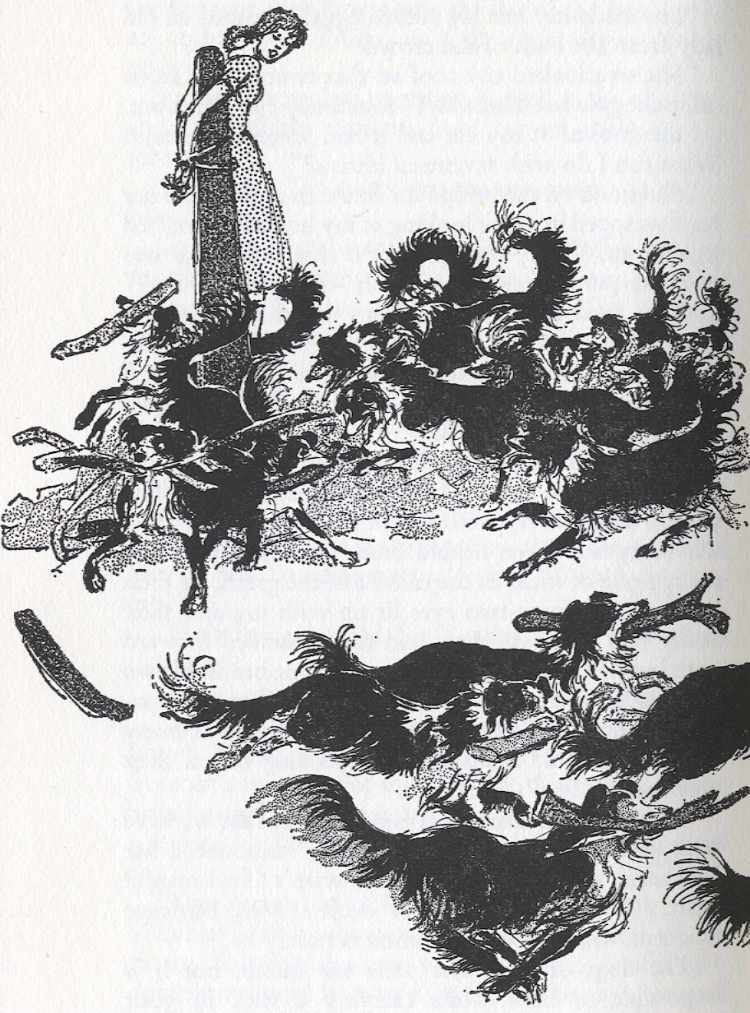 Joan Aiken enjoyed some very happy relationships with her illustrators, notably Pat Marriott, who illustrated her first story collections from 1953 onwards, and was responsible for the first ‘Wolves Chronicles’ covers and pictures, and so helped to create some of the best loved ( and scariest!) characters in the series. Pat became so familiar with Joan Aiken’s style that she developed a special gift for bringing those characters to life, and in this case it is their animal characters that come to mind.  Better known as a cat lover, Joan Aiken also produced some delightful canine characters, and this illustration particularly captures the sympathy with which she describes the happy doggy nature of a tribe of hitherto listless and unloved collies who finally find a master – and something useful to do!

In a story called ‘The Man who Pinched God’s Letter’  postman Fred, and orphaned Emma have fallen foul of local busybodies in the village of Incaster Magna – he has been exiled to Outcaster Parva ( a free gift of Joan’s inventive gift for names!) and she is about to be burned as a witch.  But in true fairy tale tradition, Fred’s kindness to those in need – in this case the bored dogs of Outcaster Parva who he has been taking for walks and training to fetch sticks – serves him in good stead.

The outraged citizens of Incaster are gathered round a huge bonfire where poor Emma is tied to a stake, when Fred, followed by the faithful collies of Outcaster arrives at the scene: 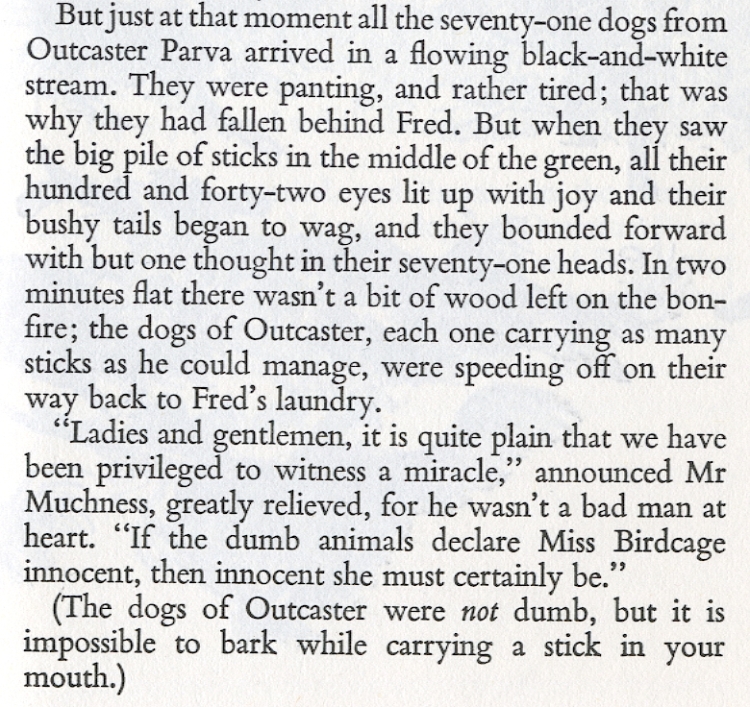 In the course of her writing life, Joan Aiken wrote perhaps five hundred short stories, (one day I shall have to count…) for magazines, anthologies, and collections of her own for readers of all ages, and she always said that they came to her in a marvellous rush – from dreams, from overheard conversations, from long forgotten ideas which suddenly tied in with a new one, from travelling through villages with extraordinary names? But what is certain, is that they are among her most memorable work.  Who could forget those hundred-and forty-two eyes lighting up with joy – and the irresistible invitation to illustrate them?

This story is from the collection The Faithless Lollybird 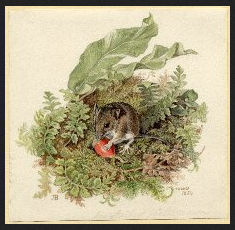 This time of year always makes me think of Joan saying “Just because I’m raking leaves doesn’t mean I’m not thinking” –  or plotting maybe? Or remembering lines from a favourite poem like Hopkins’  Spring and Fall  –  where “worlds of wanwood leafmeal lie…”

Certainly all these moments of  experience or memory were turned to good account in her writing where they take you straight into her world.  This is another favourite autumnal moment:

A Ghost Mouse – A story of hope from ‘Watkyn,Comma’ 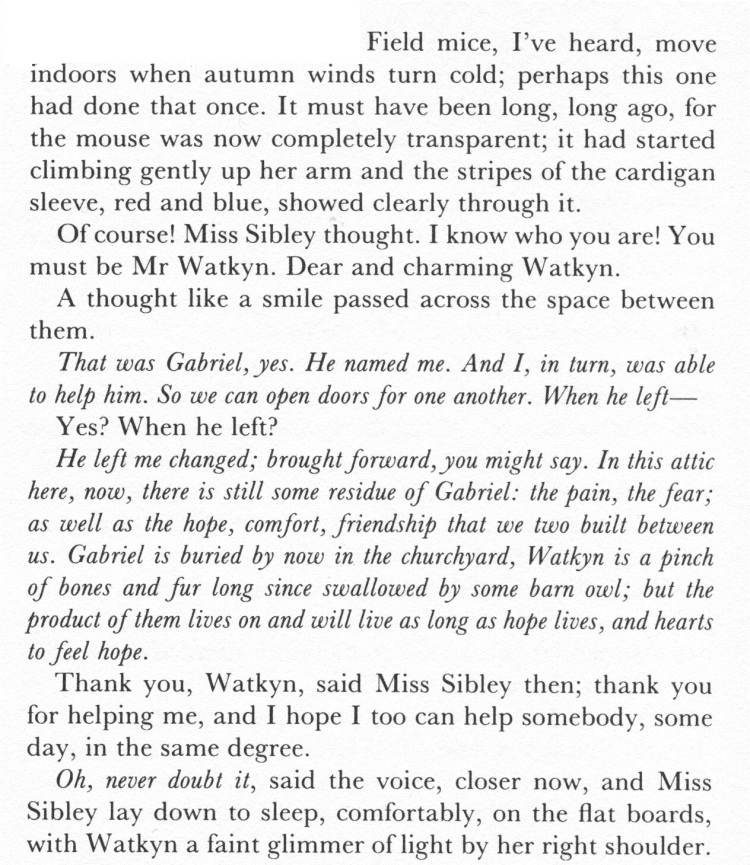 From a story called Watkyn, comma in Joan’s collection A Fit of Shivers

Do you have a Favourite Aiken Moment,  from a letter or a talk that Joan gave? Or something from a story, a quotation from Dido perhaps?

If you do, scroll down to the comments box and let me know and I’ll put them up on the Joan’s Quotes Page