Taken 70 years ago, this is one of very few complete family photos that shows Joan Aiken, husband Ron Brown, son and daughter, John and Elizabeth, and cat – in this case Taffy – all together in 1951, and necessarily rather cosy too – as we were living in a bus!  Housing was hard to find after World War II for impecunious young couples, so Joan came up with this practical idea, and managed to sell the story to Housewife magazine, who sent a photographer and thereby preserved these pictures for posterity!

Having a garden was just as important as a roof over their heads, as food was still rationed, so Joan spent a good deal of time growing vegetables, and writing, while Ron still travelled up to ‘Town’ by train, working for the Reuters New Agency.

Even in this tiny space, Joan’s creativity found full expression; endlessly inventive, she used her painting, sewing and practical  skills of every kind to make this little home entirely her own; many of her hand painted furnishings lasted for decades.

The bus was immortalised in many of Joan’s stories in later years, not least in “A Necklace of Raindrops” where even the cat turns out to have magical properties when he sits on the mat.

Meanwhile she put it into a Christmas card for her mother and step-father, (in 1950 before the birth of the last arrival!) with a thank-you poem for a delivery of warm winter wear, made by her equally practical mother: 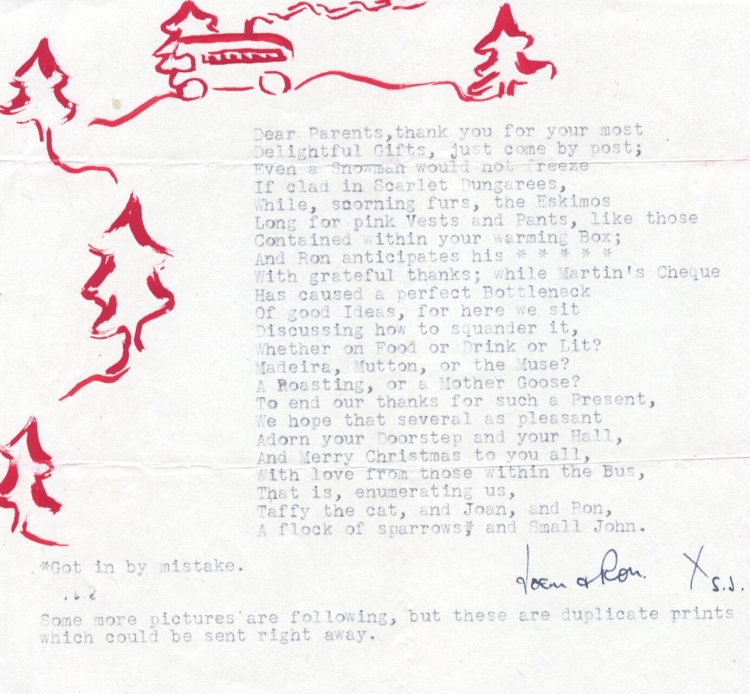 Joan was also working on a collection of  magical short stories which would form her very first collection, to be published in 1953, and  rather suitably entitled:

“All You’ve Ever Wanted”

The Gift Giving from Virago Books 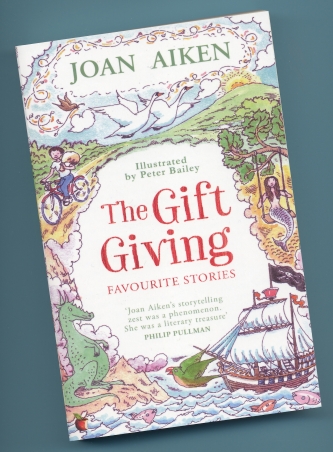 7 thoughts on “We lived in a bus…! Joan Aiken and Family at home.”