Writing has been the Aiken family trade for several generations, and provides a lasting framework for all our stories, real or fictional. So much of our history and family memories have been stored for posterity in books – in stories, novels, letters, lectures, poems, plays and papers of every kind, which happily means that it is always there to revisit…

Another kind of memory lingers on as well, the dreams,  which were always a family fascination and were often shared at the breakfast table; these became a  treasured souvenir that one always hoped would come again,  dream visitors returning in the night for a secret meeting, or in the case of long lost  family members, a re-meeting.

Ghosts have their story to tell too, and some of these are just as welcome; in one very special case I have in my home a lasting echo of a long lost furry friend who used to jump in through my bedroom window at night, and on this occasion picked his way through the wet white paint on the windowsill and so left his mark forever.

Cats have always been important members of our family, and yet another channel of communication. Joan wrote about visiting her father Conrad, aged about ten, after a gap of some years when her parents had divorced: 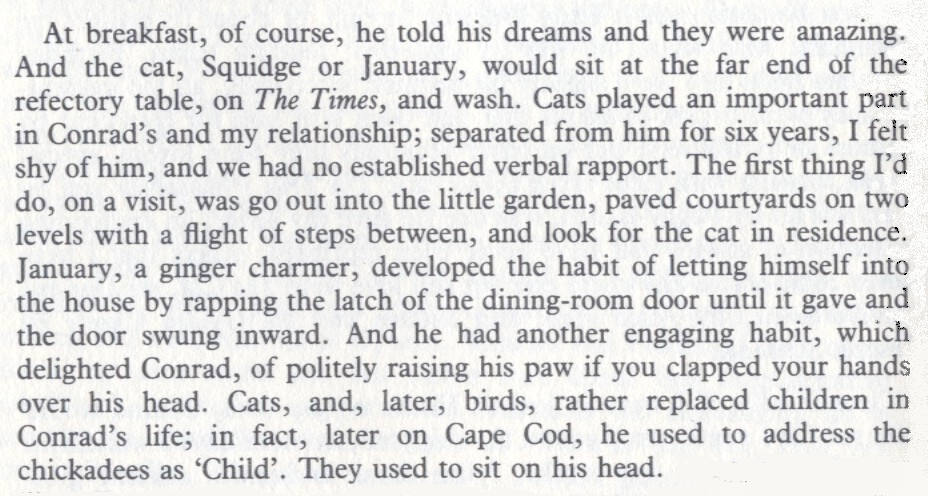 This piece and two others by Joan’s older brother John, and sister Jane, both published novelists, can be found in a little book they produced called Conrad Aiken Remembered  – published in 1989 to mark the centenary of his birth. The siblings met in Rye, in the house where Joan had been born in 1924, Jeake’s House on Mermaid Street,  to unveil a blue plaque which now commemorates the former Aiken family home, and that of Squidge, January and other unforgettable cats… 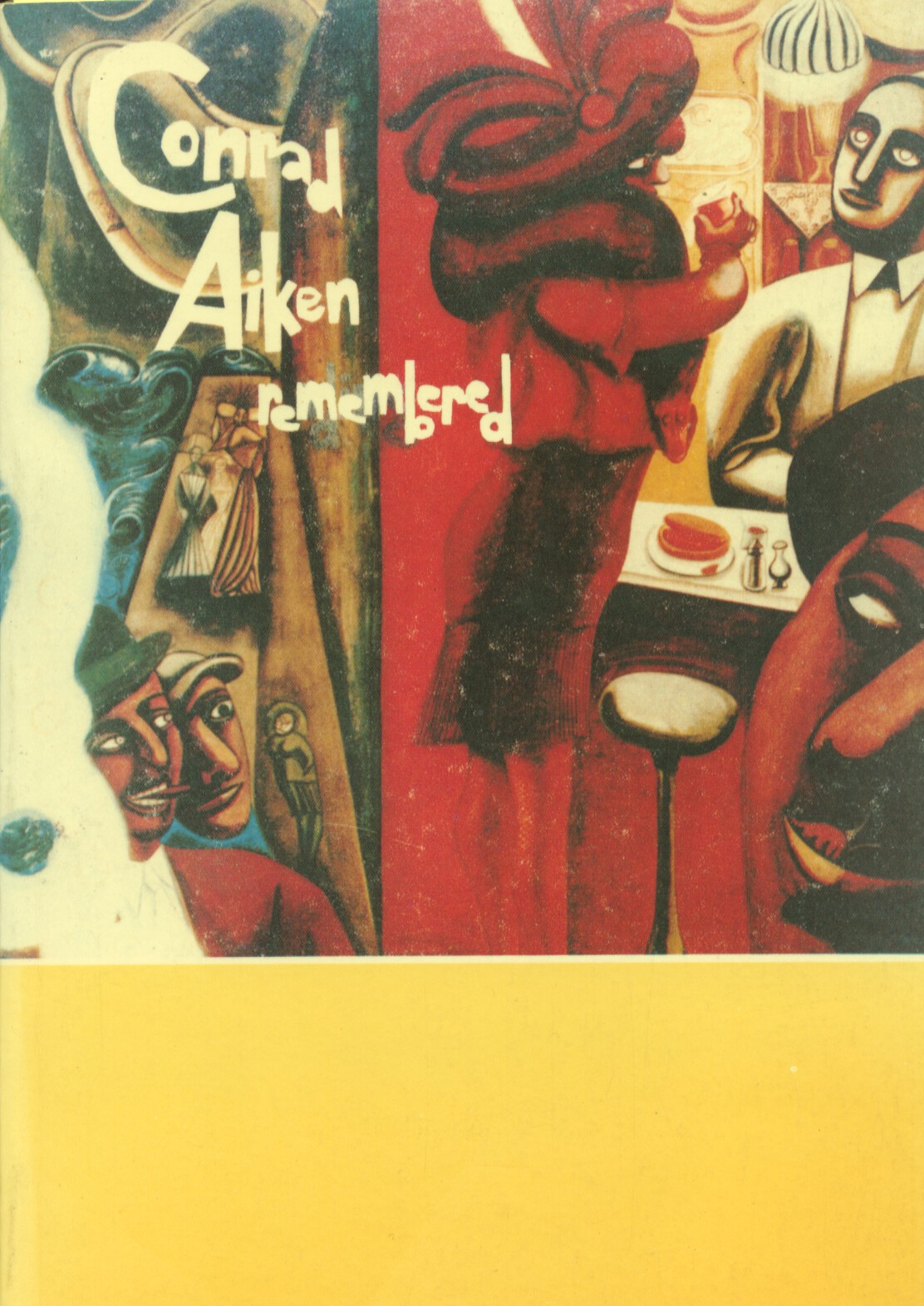 Find the book and more about the life of Joan Aiken, and some of her special cats at Joan Aiken.com

The cover picture of the book is taken from a painting by another Rye resident and friend, Ed Burra.

The current whereabouts of the painting itself is unknown.

One thought on “The Aiken Family – living with Ghosts…”