Arabel loves reading aloud to Mortimer, as here in one of Joan Aiken’s own stories – illustrated by Quentin Blake.  In fact Mortimer is busy throwing cherry pips at the horse pulling their holiday caravan, but he does find some facts from her Children’s Encyclopaedia quite amazing – and very useful later on in their adventure…!

But she had the luck to have an absolutely wonderful and devoted reader-aloud in her own mother Jessie, and wrote about this happy relationship:

“She started from the moment one was able to understand any words at all, and if one was ill she was prepared to go on reading almost all day – having diphtheria at the age of three was a highwater mark of literary experience for me.”

Sadly in those days, after this infectious illness, many of her books had to be burned, but most were replaced as they had become such favourites. Joan remembers  that those first stories read aloud to her had great potency, because of the element of mystery – of only partly being able to understand the language – and in this case as she was ill, and possibly slightly delirious, they remained particularly special for her.

One book, the original Collodi version of Pinocchio was completely hair raising, especially for a two year old,  but she said her favourite scene was when the fox and the cat dressed as assassins jump out on the poor puppet in the forest.

The illustrations were also pretty scary, but I loved them too, and we treasured that book. 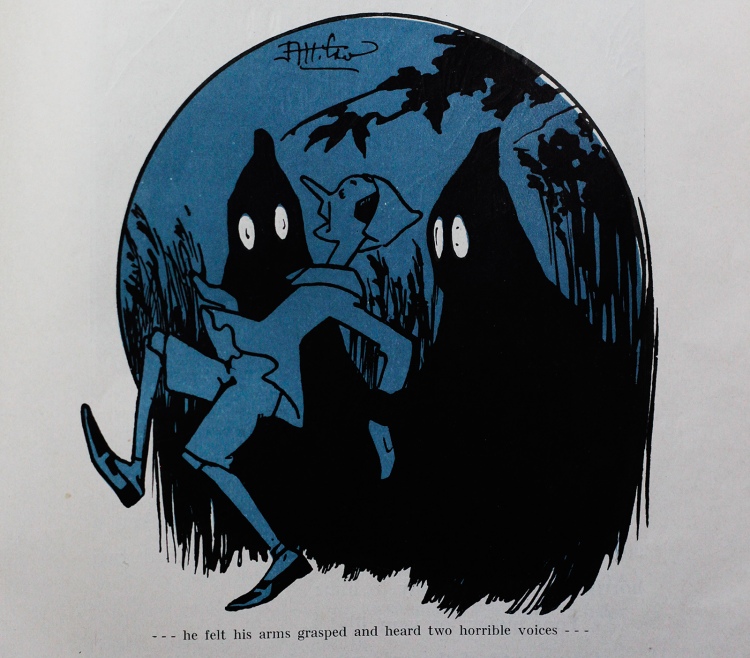 As she wrote about another later memory, a particular highlight was Charles Reade’s Gothic historical romance The Cloister and The Hearth – even here you will notice that she is still barely four years old:

(…and she became a terrific reader aloud herself, as mother to myself and my brother – we loved this of course, but I can see my tastes – and my nerves – were not quite as steely as hers…)

Joan Aiken was absolutely right about the relationship that reading aloud builds up in a family.  All those shared stories – especially the slightly hair raising experiences – become markers of family history; familiar quotations which are landmarks in their own right, and then live on in the family memory.

It is one of the great pleasures of having a family, and one of the most enjoyable shared experiences, even when, as with some special favourites, it is the same story you have to read over and over again… 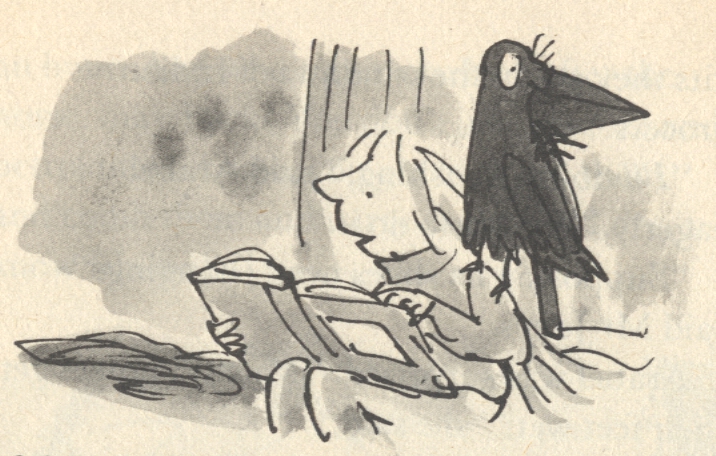 from the Virago collection The Gift Giving

Joan Aiken bedtime stories that won’t give them nightmares!

A Necklace of Raindrops or Past Eight 0’Clock

Or of course Arabel and Mortimer, now out in TWO wonderful NEW Puffin Compendiums